Here I go... again! Trying to keep up in this Bloggy World is tough... maybe if I spent less time blog stalking researching stuff for work, I'd have some time to share my thoughts and ideas. *SIGH* If only there were more hours in a day. ;)
Moving on... EOY MClass, DIBELS, and TRC Testing are JUST around the corner! I believe someone mentioned the testing window begins on the 30th of this month! OMG, Becky, I am nervous! I'm gonna start kicking everyone's rear into full gear (including my own). *SIGH* So much for watching trash TV Educational Programming. =(
Same book, next page.... given that the testing time is practically here (13 more school days), I've decided to share an idea that one of my wonderful coworkers shared with me. After all, sharing is caring, right? I tweaked it a tiny bit to suit my needs and wants, but the rest was 100% her idea (or at least I hope!).
Because number facts are the most weighed in MClass, we decided it would be a great idea to have students keep track of their Number Facts data/results with this Target Dollar Spot top-of-the-line pocket chart. They basically move their number up or down down the chart depending on how many facts they could solve in one minute. (For a thorough explanation, read below the pictures!) Seeing their number in the green zone gives them a sense of accomplishment and pride. =) I love seeing their little faces of excitement when they get to move up.... they're disappointment faces when they move down, on the other hand, break my heart. =(


Here is how it looks 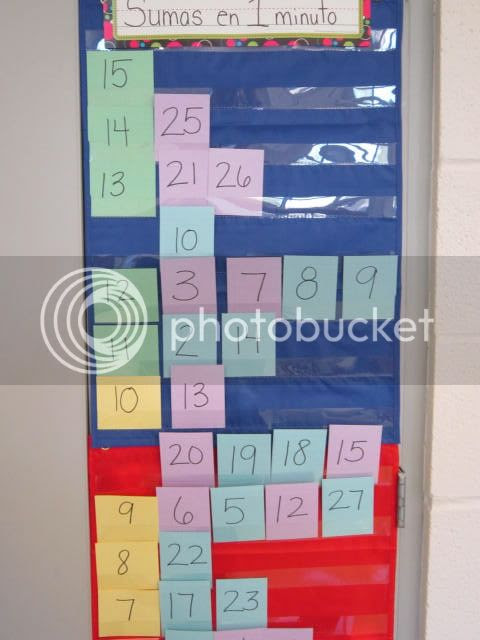 Alittle bit of a close up 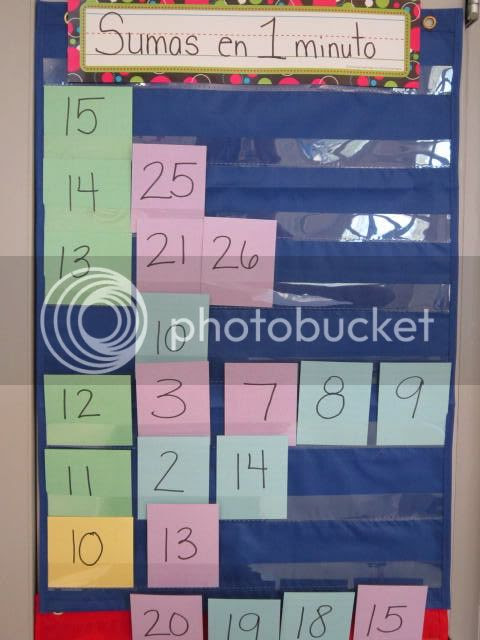 There is no particular reason for why the pocket chart itself is two different colors; I needed more pockets and the red chart was all I had. Basically this is how it works: I numbered the pockets from the bottom up with numbers 3-15 (I didn't use 1 or 2 because all my students can all solve more than 4 number facts). Numbers 1-6 are on a red card because at EOY (End Of Year) in MClass, solving 6 or less number facts is considered to be Intensive (far below benchmark). Numbers 7-10 are on yellow because solving between 7-10 number facts at EOY is considered Emerging. Numbers above 11 are on Green due to 11 being the minimum number of number facts needed to meet Benchmark at the end of the year.
As you can see, there are also blue and purple cards numbered from 1-27. These cards represent the students in my classroom; blue for the boys and purple for the girls. Every Monday, I progress monitor my students in Number Facts. Once the minute is up, I let my students know how many Number Facts they were able to solve. Then, they go to the chart and move their classroom number up or down depending on how they did that week. I'm hoping that by the opening of the testing window, most ALL of my students are at 11 number facts... I'm going to keep my fingers crossed. =)
Posted by Karla at 9:32 PM 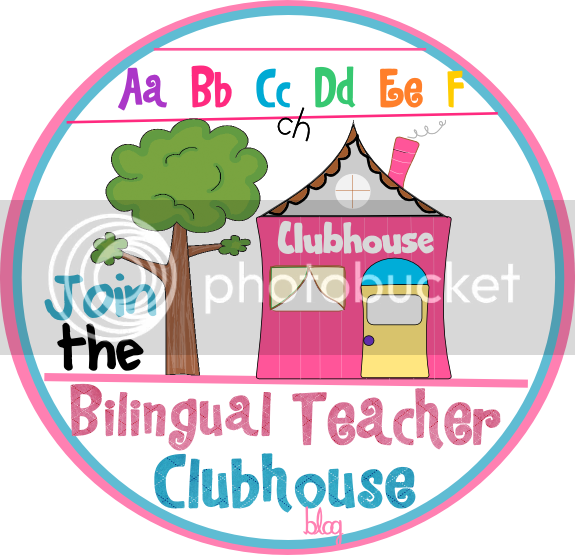 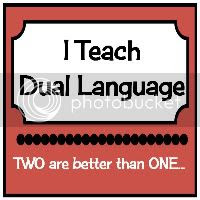 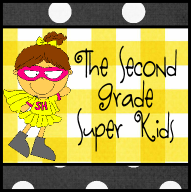 Karla
I love to be silly, laugh, tell stories, dance, bake, EAT, play, and sing (not necessarily in that order), and am a self proclaimed Facebook ADDICT! Yikes! 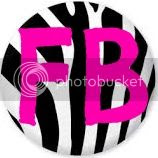 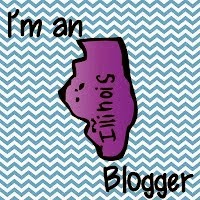